Five keys to understanding the future of fashion after the pandemic

Virtual catwalks, return to ‘slow fashion’, the praise of diversity… The model, designer former Miss Serbia, Dragana Dujovic, offers the keys to understanding the future of fashion after the pandemic.

Where does the future of fashion go after the pandemic? The founder of the iconic fashion brand, Dragana talks about the post-COVID catwalks and sustainable fashion, offers us five keys to understand what is going to happen from now on.

The enigma of the catwalks

“We are going to see new ways to present the collections”, says Dragana Dujovic. The Milan and Paris ‘fashion weeks’ were the last two great events in the fashion world that were held before the lockdown. It was in February. Now, after the worst of the pandemic, the catwalks are back.

“The Paris haute couture week did so in July, and the ‘ready-to-wear’ (Paris, Milan, New York and Madrid), in September. There were modalities for all tastes. For example, Parisian haute couture, which took place between July 6 and 8 were for the first time, online.”

Mercedes-Benz Fashion Week Madrid has already announced that it will be held in a hybrid format: some shows will be face-to-face and others virtual. “Some designers have been proposed to run shows with reduced capacity, to only present five mannequins or to do it through digital platforms,” ​​explains Dujovic.

In May we were even able to see the proposal of the African designer Anifa Mvuemba, of the Hanifa brand: a virtual parade without models. “I hope we don’t get there because there is nothing more beautiful than seeing something real about a woman,” says Miss Serbia and Montenegro (2004).

The ‘slow fashion’ is here to stay

“With the pandemic, everything has stopped, and we have been able to reconsider the great speed at which we were going. This fast-paced world killed the creativity of designers. It is impossible to make eight collections a year. It is not feasible neither for creators, nor for the industry, nor anyone “, reflects Dujovic.

The great ‘popes’ of fashion are rethinking the way they work. Designers such as Michael Kors, Giorgio Armani or Dries Van Noten, among others, have asked to rethink the fashion calendar and make it more sensible for both creators and stores.

That is, they ask that the garments can reach the points of sale in the season in which they can be worn. Isn’t it absurd to buy winter clothes in spring? Dragan Dujovic gives the example of the Spanish designer Juanjo Oliva: “He makes one collection a year. Summer, winter … he combines everything and it is sold throughout the year. If not, they don’t give you the numbers, they don’t have time to consume”.

“We have to go back to craftsmanship, to a well-made product. That is what is going to begin to be valued”. She believes that the intangibles behind a garment will be those that, in the future of fashion, will attract the buyer. “You have to sell something more to the consumer than a blouse or pants, you have to tell them a story, you have to sell them that it is well done, that a particular brand is behind it and it is sustainable. These are things that today concern the consumer a lot. When they are willing to pay for something, it is not just the logo. They want to know that behind that garment, there is a story that the brand is committed to the environment “.

The triumph of diverse beauty

“I love to see in advertisements and women’s magazines that they are a reflection of what the world is, which is diversity,” says Dragana Dujovic. Fashion firms are increasingly opting to hire models that go beyond the classic beauty canons.

There is the now mythical Winnie Harlow: the Canadian model has claimed vitiligo on her face, which is already her hallmark. Or Tara Lynn, one of the most sought-after plus-size ‘top models’. Or the Spanish model Ángela Ponce, who is one of the women who are changing the reality of the trans community. “We all have something beautiful, something that we can take advantage of. We are unique and wonderful, and that is what it is all about,” claims Dujovic.

Maturity, the new object of desire

A very clear example is Gucci’s ‘Of The Grid’ collection, made with organic materials, which has chosen Jane Fonda as its image. Besides, the 82-year-old actress has resumed her mythical aerobics classes to awaken consciences on the social network TikTok, whose users are teenagers.

“I love being surrounded by young people because they make me see the world differently, but we cannot fail to value the experience and know-how of older people, the great photographers and designers from whom we draw inspiration, and from that, we learn “, defends Dujovic. 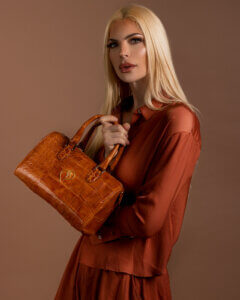 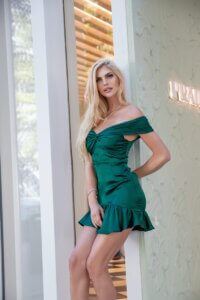 March 5, 2021 / 264 / 0
2021 has been a solid year for the fashionista around the world, marking the designs as bold and expressive. Large, and imposing blazers, bold-blue handbags,... Continue reading 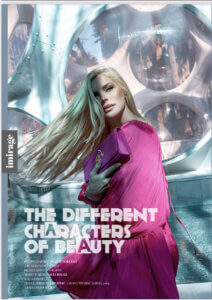 January 14, 2021 / 264 / 0
Dragana Dujovic explains that flaunting a white leather bag can be a bit tough for people in winters. “However, this old fashioned rule... Continue reading 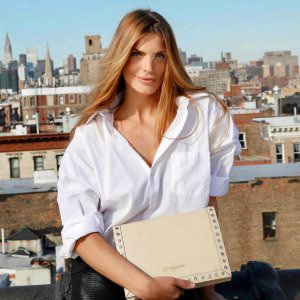 December 18, 2020 / 593 / 0
Lovers of autumn garments are in luck this week. Finally, the temperatures have given us a truce, and we can imagine how our  looks  will... Continue reading 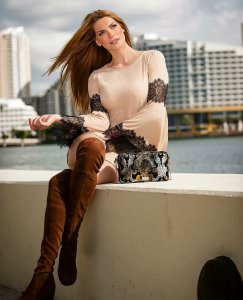 Engage in Shocking Transformations with Accessories

Five keys to understanding the future of ...